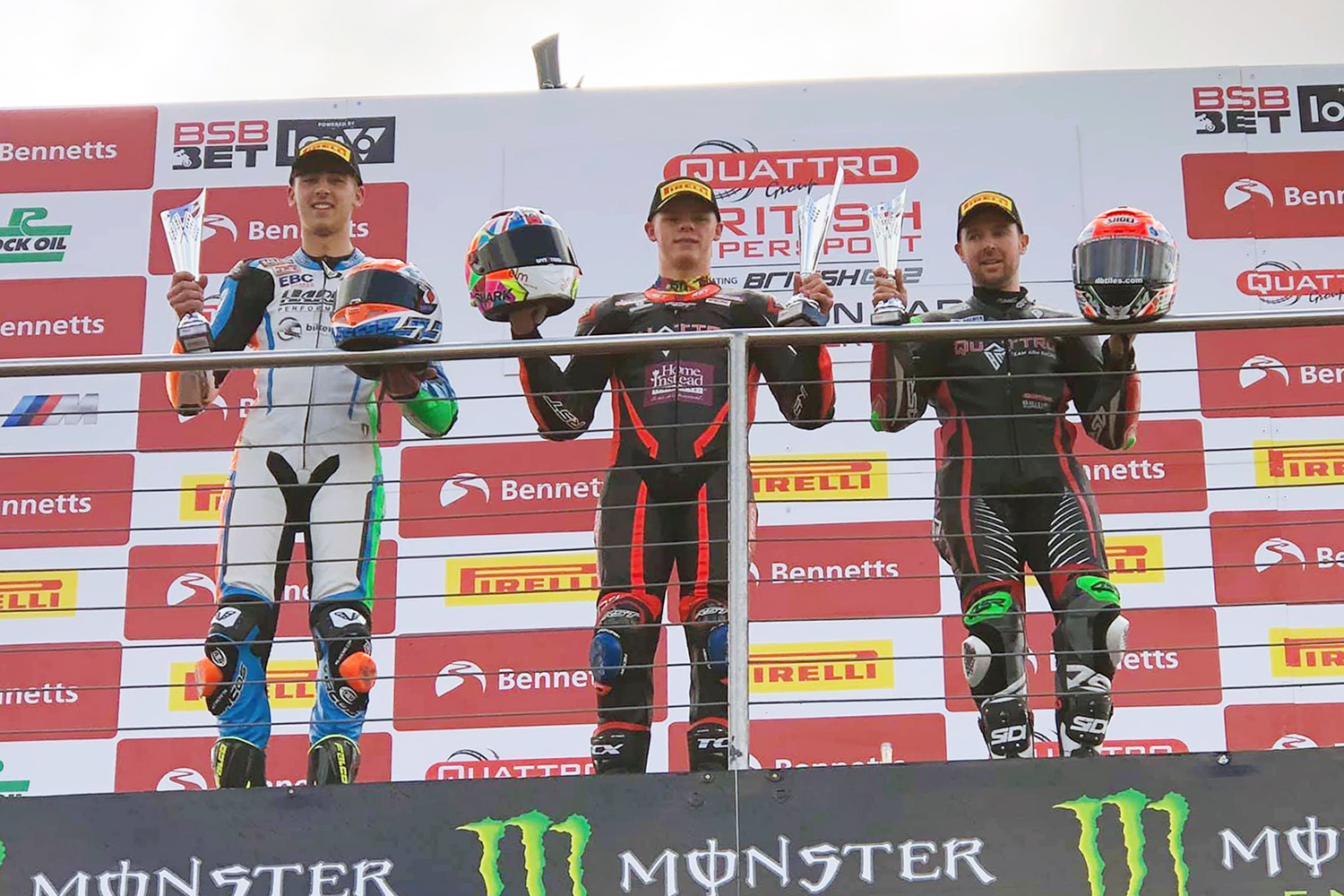 After a heavy crash in appalling conditions on Saturday the team worked tirelessly to rebuild the bike for Race1, whilst the chassis was now in good order for the race there was an intermittent misfire. Jack dug deep and completed the race with the bike not performing up to its usual high standard, although 2 laps adrift at the end of the race it did ensure that Jack got important points toward the Championship standings. After the race, the team further investigated the cause of the misfire and it was found that damage had been done in the Saturday crash to the wiring loom, causing an electrical fault, hence the misfire. This was rectified and with no Sunday practice, Jack entered the race hoping that the electric repair had fixed the problem and that the chassis set up the team elected was suitable. Starting from 26th on the grid Jack had tremendous opening laps with the bike running well, over the course of the race Jack passed other GP2 and Supersport riders to finish 10th overall and 2nd in the GP2 class. This superb ride gained him the points he deserved, and at the end of the weekend, Jack still led the Championship by 8 points, all to go for at the final round of the Championship at Brands Hatch.

If you are considering racing the GP2 class or building a GP2 track day special, please do not hesitate to contact Harris Performance to discuss the options they offer for their Yamaha R6 powered GP2 bike.

NOTE: Prices shown exclude VAT, which will be included where applicable.